Reviewed one month after the end of therapy, his motor movement and co-ordination were better, and his repetitive movements reduced. His attention span has improved and he responds better to classroom activity.

At full term, uterine dystocia and prolonged labour were the indications for birth by caesarean section. The post-natal period was uneventful, except for mild physiological jaundice. It was around the end of the second year, that the parents’ mounting concern about their son not uttering even one meaningful word, took them to the specialist.

David did not respond when called by his name. However, even as a 2 year old, he would run to the TV to hear the familiar TV jingles, which he still seems to relate to every time with the same joy and zest. David was preoccupied with himself, muttered and showed poor eye contact. He was hyperactive and indulged in lone play. BERA (to rule out hearing deficit) and brain MRI (to look for any structural lesions) were done and reported normal. A diagnosis of ASD was arrived at by the specialists.

Special schooling was initiated right away, with emphasis on speech therapy and occupational therapy, and soon he could write numbers and solve basic-level jigsaw puzzles. He has been with Vidya Sagar for the past 2 years. Initially he kept moving around the classroom, with strong intolerance to sitting in one place. He showed no inclination towards academics, except scribbling on paper and favouring the letter ‘H’ and the digit ‘7’ in the letter/number picking exercise. With lack of meaningful words and phrases, David’s self-learning is mainly visual and through observation. He repeatedly grabs a Fevistick with its attractive yellow label or a crayon – preferably green in colour, objects to which he has an ‘inappropriate attachment’ (as tenned in ASD clinical jargon). ‘Sameness’ seems to be his comfort zone. When asked to return the object – being of easy and flexible temperament -he returns it without a whimper, only to grab it the next moment. Occasionally he has to resort to tantrums to get his way, when caregivers seem unreasonable!

With physical exertion in the dance class, his restlessness has been brought under a semblance of control and with this his attention span has shown improvement. Attention is the first step towards learning and the child shows some progress in activity-based learning, as he sits through longer sessions with undivided attention. His restlessness continues to manifest as hand flicking and whistling intermittently.

Social age of 5 years, 4 months and 8 days obtained with a social quotient of 70, indicating borderline deficits in social adaptive functioning.

ICF Neurodevelopmental Disability Assessment shows minor problems in mental function, and no structural deficit. Under activity and limitation, significant problems in subdomains of learning and application of the gained knowledge, general tasks and demands, self-care, major life areas and community, social and civic life. Considering environmental factors, both parents and institution prove to be facilitators.

One of the most outstonding symptoms of the autism spectrum is a curious attachment to objects. Perhaps part of a tendency to over-invest in certain activities, at the expense of other “more normal” pursuits, such attachment can traverse the gamut of inanimate objects. On occasion, such attachment can be to a particular activity or even a particular person. I recall an interesting article by a doctor in the Journal of the American Medical Association titled “Phantom of the Opera” in which she described her son’s attachment to a particular piece of music and need to hear the same, over and over again. Curiously, attachment to certain objects (such as a teddy bear, even one that is moth eaten or mangled) is a transcultural childhood trait. Remember Mr. Bean and his companion bear, anyone?

David co-operated overall for the therapy except for some restlessness in the second session. At the end of therapy, the overall improvement was significant. His mother wished to continue therapy.

Reviewed one month after the end of therapy, his motor movement and co-ordination were better, and his repetitive movements reduced. His attention span has improved and he responds better to classroom activity. David has anger outbursts when pushed by his brother, which was considered a natural response to the provoking stimulus and was viewed as a positive sign, both by the Trimed-Neurokrish team and the senior faculty of the institution.

Prof. Dr. ESK suggested introducing AED medication with the consent of the parents. 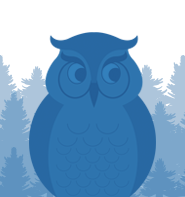 Oliver, whose musings speak for & to us is our Mascot. Inspired by his namesake the erudite neurologist & writer Late Professor Oliver Sacks, he shares periodically, pearls of wisdom about the brain and mind. Hailing from a long lineage that has been associated with health over millennia, Oliver traces his ancestry to Athena & Minerva the Greek & Roman goddesses of health, philosophy & magic. Not to be mistaken for his comic counterpart...
PrevPreviousDeepak – Precious Child
NextIsra – Teen TantrumsNext